User Stories
What is Platz’s aggressive stance on quality control, as seen in its commitment to “high quality, high performance, and low cost?” 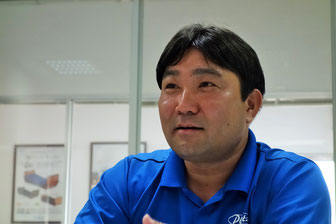 Company Name
Platz Vietnam Co., Ltd.
Job Details
Home nursing bed manufacturing
Service used
Kintone on cybozu.com
Platz Vietnam Co., Ltd. (hereafter referred to as Platz Vietnam) is the manufacturing facility of the second largest home nursing bed manufacturer in Japan, Platz Co., Ltd. (hereafter referred to as Platz). Platz’s nursing beds are characterized by their reasonable prices and high quality. We interviewed Keitaro Tanizoe, manager of the production department, about Platz’s commitment to quality.
Reasonably priced yet high quality: "High quality, high performance, low cost"
The major nursing bed manufacturer Platz was established in 1992, when the largest nursing bed manufacturer had an overwhelming market share in Japan. At the time, nursing beds were extremely expensive, leading the founder to think, “This isn’t a price range affordable for children or grandchildren to buy for older people. Can I bring the price down to at least around 100,000 yen?” The PKB-3 series was released at 99,800 yen, an extraordinarily low price for the time, and was met with great response. Platz continued to increase in performance with its motto of “Hard work, high quality, high performance, and low cost,” and has now grown to having roughly a 30% market share in the Japanese home nursing bed market, and even plans to increase production at its main factory in Vietnam.
How does platz realize high quality?
In order to realize low cost, Platz’s production is consigned to an overseas factory. "High performance" is determined in the design stage of production. For this reason, their products are designed in Japan. “High quality” is an issue that is improved in the production stage. Problems definitely occur on a daily basis, so properly handling each of those problems is an important step in increasing quality. Platz conducts full inspections in order to guarantee high quality. The company sends inspectors to overseas factories, where its products are manufactured on consignment, and inspects all products. Although it is more expensive and time consuming than sampling inspections, as conducted by general manufacturers, it is optimal for maintaining quality.   Platz guarantees “high quality” by conducting full inspections, produces “high performance” products by designing them in Japan, and provides them at a “low cost” by manufacturing them overseas. This is the secret to Platz’s breakthrough.
Why do they adamantly conduct full inspections?

One of the characteristics of Platz’s nursing beds are their modular construction.The high-end model “Rafio” is composed of six modules, such as the “base frame” and “center frame.”
The Rafio reduces bedsores and pulmonary aspiration through a natural reclining position.
The nursing bed is a culmination of Platz’s history, incorporating all of its technologies.

Thanks to its modular construction, specific parts can be replaced if they malfunction, giving consumers a large economic merit.
However, as a manufacturer, this is a difficult challenge, as it has to be able to provide parts that are compatible so that a bed purchased several years ago can use new parts as well as parts that are slightly older.

If one part cannot be properly accommodated, the reliability of other beds is compromised. Platz’s pursuit of high quality through full inspections is a management strategy that supports its business model.
Vietnam factory realizes aggressive quality control 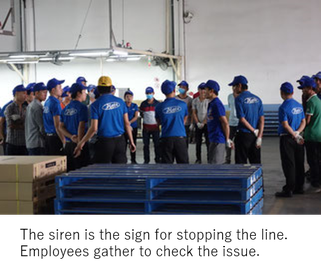 However, as production numbers increase, problems unique to outsourced production became clear. “Until now, we used to outsource all of our production, so we were unable to establish countermeasures for faulty products after they had been released to the market. Additionally, because the factory was not our own, it was difficult to have our requests prioritized. Because of that reason, we decided to have our own assembly plant. That assembly plant is Platz Vietnam. Platz is now able to take measures against defects that occur in the factory, prior to being shipped out to the market.
This is aggressive quality control. As a result, we’ve had months where we received zero complaints from the market. It’s a major achievement.”
The limits of defective product management
“Keeping things tidy and in order, as is the motto in most factories, is actually quite difficult to do, and not only in Vietnam.
Often times purchasing a shelf is proposed as a solution for organization, but even if you increase shelves, if you don’t have rules set, they simply become things to put things into. That’s not keeping things tidy and in order.

I believe it’s the same with systems and equipment. People often say, ‘I want to buy a system like this,’ or ‘I want to buy equipment like that,’ but you also have to consider maintenance after implementing a new system or equipment. Because of that, I think there’s more possibility for growth when you try doing it manually, and implement a system when you feel like you’ve reached a limit. That’s why we started off my managing faulty products by writing them down manually.”

“We have installed cameras in all processes at our plant, and we follow our manually written production log and track production date and time by the day, check the video footage of that day, and confirm whether or not the part is attached properly, and resolve issues. However, we also receive many inquiries from Japan, and having to bring the manually written production log from the warehouse every time was very troublesome. Additionally, because it was manually written, it was also difficult to aggregate. When we felt we were at our limit, we heard about kintone. The timing was great. We jumped on it in a flash! (laughter)”
The limits of defective product management
Platz Vietnam primarily uses kintone for "defect information management" and as a "production log."Let's take a look at these uses.
Defect information management
[Prior to implementing kintone]
Quality control was managed through the following.
1.When a faulty product occurs in the factory, the product is photographed with a digital camera.
2.A form is created in the office.
3.A faulty product list is created to match the faulty product form.
4.Correspondence progress of defective products is inscribed every time.

“We had to compile the location of the defect and which line it occurred on onto a single rom, as well as a separate list. We would also handle correspondence one at a time. When we’d forget to edit the progress, we’d forget to provide support. We had to make edits to the form and the list. It was a lot of work.”

“After implementing kintone, we took a photo of the faulty product, and paste it to kintone, which would automatically make a list, and we were also able to manage progress. It was really convenient that we could take photos at the production line. We prepared tablets for reporting in, and distributed them to each line. The line members love electronics, so they jumped on it! (laughter)”

[After implementing kintone]
“Creating forms now takes almost no time at all, so we were able to improve our duties.
However, more importantly, major achievements were easier to report.
Production line staff don’t like doing paperwork, and they’d be hesitant to report things, knowing that they have to handle the paperwork themselves. Today, we get 70 or more reports in a week. Previously, we had no accurate information, so that in itself is a major accomplishment.” 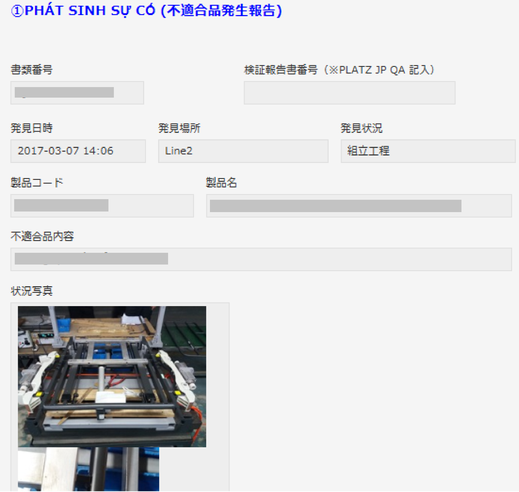 All of this information was once managed via Excel, but currently contains all of the data accumulated by sales staffs, allowing managers to grasp how many distributors are in a given area at a glance. Now future strategies can be easily formulated with distributors.
Production log
“Every day, we enter a production plan and achievements at each production line.

If we are at 100% achievement rates, it means we are able to manufacture within standard time, so we can say that the workers are doing their jobs. By being able to see faults per line, we can narrow down causes for production efficiency to drop. For example, if there were many faulty products, not at the fault of workers, we’d focus on increasing product quality. The factory and company side can both have a common understanding.” 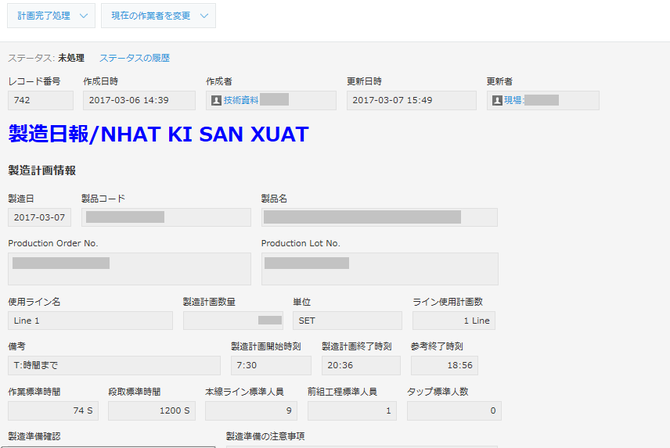 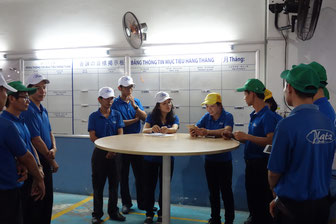 Problems and important points are checked while looking at the previous day’s production log at morning meetings. 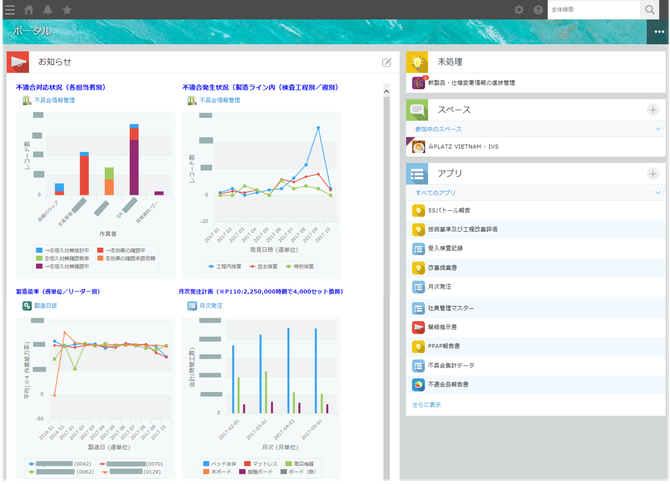 Display production data as a graph on the kintone portal screen

If the members can see this month’s production target and the current production figures, they can manufacture products more efficiently, says Tanizoe. “When we leave it to the staff over here, we don’t receive progress reports, so oftentimes when we check in, we find out that we won’t make our production deadline. We then believed that if we were able to check progress, as well as determine reasons for delays, it would be easier for us to manufacture according to our plans.” For example, progress can be checked midday, and if production may not be completed within the given progress, countermeasures can be made beforehand, such as overtime work or holiday work. “The members on-site work hard every day. However, we never know in the end how much more we have to manufacture. It’s really disappointing to learn that even though they worked hard even over the weekend, if their superior tells them that they didn’t achieve this month’s production plan.” In the future, the factory plans to visualize production progress of orders.
Future Prospects
“Although we’re second in the Japanese home nursing bed industry market share, starting last year, we released the P300 hospital bed, and have entered the hospital bed industry. In the future, we plan to expand hospital bed-related products.
Additionally, we also plan to actively expand into markets outside of Japan. Currently, overseas sales make up only a small percentage of our total sales, but we already ship to countries such as Korea, China, Hong Kong, Taiwan, Thailand, Vietnam, and Indonesia, and we have established a local branch in Shanghai, China, to actively conduct sales activities.”
Platz’s nursing beds are supported by aggressive quality control, and will spread throughout the world...

Together with compassion for the elderly. 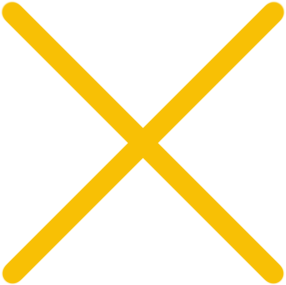